D4C has been doing music for 10 years but been going hard for the last 2.5 years!! He's performed & spoken all over Australia in churches, town halls, prisons, detention centers, cafes, schools, parks... Just about anywhere he can promote a positive message & share grace, love & hope.

Originally from Frankston, Victoria... D4C moved to the Gold Coast, QLD in 1998, where he has lived ever since!

D4C has been highly influenced by Hip Hop music since a very young age & wants to revitalize the Hip Hop industry back to something that's a passionate art form.

D4C has released countless music of free downloads, remixes, mixtapes, EPs, demos & an album "The Reason" with his group "Cross Paths", which was popular in the Christian market, Koorong bookstores & online stores!

He has just finished recording his first official solo album titled "Unite" and it is due to be released in October/November.

D4C is a part of a ministry called "The Commission" that travels around Australia & performs & speaks to youth, teens & adults & reaches out to those in need! They have just release their first group album titled "Life" and all profits are going towww.diamondpregnancysupport.org.au for awareness & help of women going thru pregnancy & thoughts of abortion. They also have a "Commission Hope" department where child sponsorships & missions are available to sponsor, donate or help out! For more information please visit www.iamlegacy.net

Having grown up in a Christian family, he had a different outlook on life, towards people & a positive attitude to all things... D4C loves to share his gifts & talents to all who are there to listen.

Please drop a msg or leave a comment to get in contact with D4C! You can also write him an email at d4c@iamlegacy.net

You Are My Family (Transformed Remix) 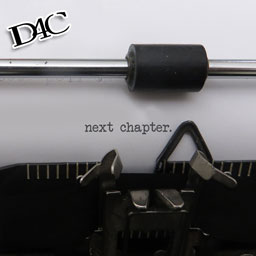