Born Gerry Thomas, “that Brotha Lokey”, has been steadily working within the music industry for the past 18 years.  Lokey's involvement in hip-hop production began under the tutelage of Born Swift, former member of Toronto-based production team Da Grass Roots (Ghetto Concept).  He has since anchored himself in the Greater Toronto hip-hop scene by employing the same mentoring techniques, working with some of Toronto's finest underground emcees under his production company, Frontline Productions.  Operating out of Durham, Ontario, Lokey has a history that stems back to the 1991 group Elemental, and the 1994 crew Phat Souls.  He made his mark in producing the blazing album For What It's Worth by 7Life, also from the Durham Region.  In recent years, Lokey has produced several singles for BEC Recordings/EMI artist Manafest, including “Childs of Light”, “Let It Go” and “What I Got to Say”.  His work has also been found on the Toronto urban station FLOW 93.5, including N.I.F.T.Y.'s “Change Your Mind” and “Mind Body Soul”.

One Day Off (ft. Aubrey Noronha) 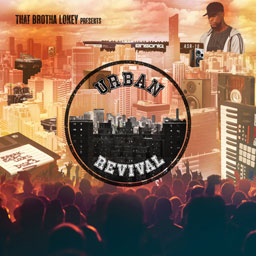