The Los Angeles raised M.C. Bizzle (born Mark J. Felder) wrote his first rap verse at no older than 8 years old and also started writing R&B around that same time.  Now in his 30s, he has over 20 years under his belt as a writer, and the experience shows in his sound and versatility.

In 2007 he was offered a deal by Barry Hankerson to sign with Blackground/Universal, but he declined that offer.  He’s put on many successful shows as the headliner and opened up for artists like Lil Wayne, Juelz Santana, Lil Boosie, and more.  He’s also worked with platinum producer Chink Santana, Darock Ramos, Stack Bundles, Lil Eazy E, Roccett from CTE, Dirty Birdy, Pretty Willie aka P-Dub, Mouthpi3ce, Chino XL, Twank Star from Nappy Boy, and more including a compilation project feat. Ne-Yo, The Game, Nelly, David Banner, T.I., Akon, and many more. 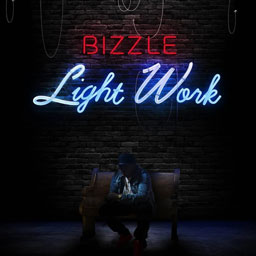